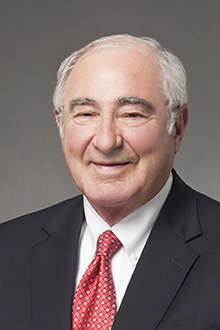 Gus Vratsinas is Chairman of Bailey Construction and Consulting of Little Rock. He has 45 years of management and professional engineering responsibilities in projects ranging from industrial, retail, commercial, health care, residential, high-rise and institutional. He is also affiliated with Vratsinas Enterprises, LLC.

Chairman Vratsinas holds a Masters of Science in Civil Engineering from the University of Arkansas. He has two children and five grandchildren, and has been involved in many civic and philanthropic endeavors.