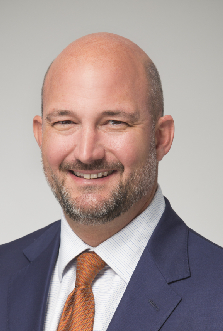 During his tenure, Schueck has overseen many of Lexicon’s largest steel fabrication and erection contracts, including the expansion of the McCormick Center in Chicago; AT&T Stadium (formerly Cowboys Stadium) in Arlington; ThyssenKrupp Galvanizing Lines and Melt Shop in Calvert, Alabama; NASA Stennis A3 Test Stand in Mississippi; and numerous Nucor Corporation projects. He has also been instrumental in transforming Prospect Steel into the world’s leader in automated robotic fabrication.

Born and raised in Little Rock, Schueck gives his time freely to nonprofit organizations. A three-time cancer survivor, he considers it a privilege to support Arkansas Children’s Hospital, where he is a member of the board of directors. He also serves on the board of directors for the American Institute of Steel Construction; Little Rock Airport Commission; Little Rock Regional Chamber of Commerce’s Executive Committee and Fifty for the Future; and US Bank. In addition,  University of Arkansas College of Engineering Dean’s Advisory Council, where he received his bachelor’s degree; and Arkansas Academy of Civil Engineering. He is the former chairman of the American Red Cross Greater Arkansas Chapter and former 20-year board member and proud supporter of Boys and Girls Club of Central Arkansas.

Schueck and his wife, Jessica, are the proud parents of Mason, Ava, Hayden and Whitten.