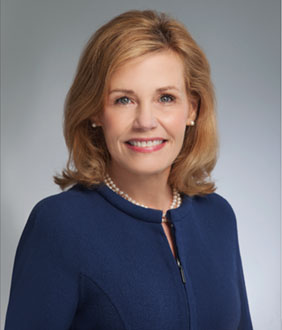 Appointed to the Little Rock Municipal Airport Commission in February 2015 and reappointed in December 2018, Secretary Stacy Hurst is no stranger to public service.

Hurst was appointed by Governor Asa Hutchinson as Secretary of Parks, Tourism and Heritage.  As a member of the governor’s cabinet, she oversees multiple agencies that preserve and enhance the state's heritage, promote tourism and oversee parks for the state of Arkansas.  She also served as a member of Governor Hutchinson’s transition team following his election in November 2014.

From 2002 until 2014, Hurst represented Ward 3 on the Little Rock City Board. She served as vice mayor from 2007 until 2008.  Prior to her election to the City Board, she was co-chair of the Vision Little Rock Parks and Recreation Workgroup.  Hurst also served as a member of the Little Rock Zoo Board of Governors from 2000 to 2002.

Secretary Hurst chaired a three-year, community-wide planning process that led to a vision and master plan for the renovation of War Memorial Park.  Since the plan’s adoption, more than $2 million has been devoted to improvements within this signature park.

She was also instrumental in the revitalization of the Midtown Redevelopment Corridor.  Extensive planning efforts have allowed the Midtown Corridor to benefit from tens of millions of dollars of private investment. Redevelopment of this area continues today.

Secretary Hurst and her husband, Howard, have two children.